What Is the Difference Between Carbon Offsets and Carbon Credit?

Rising carbon emissions are one of the gravest problems the world faces. The level of carbon dioxide in the earth's atmosphere is currently around 410 parts per million — the highest it has been in modern history. Antarctic ice core samples reveal a previous cyclical history of even lower carbon dioxide concentrations — ranging from about 200 to 280 parts per million — during each of several ice age cycles. But since record-keeping began at Hawaii's Mauna Loa Observatory with observations of 313 parts per million in 1958, atmospheric carbon dioxide levels on earth have set a new record each year.

To address the global crisis of climate change, world leaders and scientists have set ambitious, necessary goals for worldwide emissions reductions. In the landmark Paris Agreement, drafted in late 2015, 195 countries agreed to try to curb their carbon emissions enough to limit the increase in global temperatures to less than 2 degrees Celsius. In 2018, though, the Panel on Climate Change reported that even a temperature increase of 1.5 degrees Celsius would be catastrophic for the planet.

Reaching one or both of those temperature-curbing goals will be a formidable task. In 2018, global carbon emissions hit an all-time high of 37.1 billion tons. To hold climate change to the 1.5-degree threshold, the world will have to reduce its carbon emissions by 45% over the next 11 years.

For these reasons, alternative, sustainable energies, such as solar and wind energy, are likely to be the fuels of the future. But many people who are concerned about climate change want to reduce their carbon footprints right now, even if it is not feasible for them to disconnect from municipal power grids or use alternative energy to heat their homes.

What are carbon offsets and carbon credits, exactly?

Most carbon credits are part of cap-and-trade systems, which involve a cap on the amount of carbon dioxide companies can emit and a market system through which companies can buy, sell and trade their credits.

How Do Cap-and-Trade Systems Work?

Companies involved in these systems receive carbon credits, so they can participate in economies that monitor and regulate carbon emissions. Usually, the government sets the emissions caps for each industry and determines the penalties for exceeding the maximum emissions levels. Companies receive carbon credits, which allow them to emit carbon dioxide, as their allowance toward the cap, or they can sometimes purchase carbon credits at auction. The cap is the number of carbon dioxide emissions the industry is not to exceed, and the allowance is each company's share of permitted emissions.

Ideally, each industry's cap also drops over time, providing an incentive to work toward even further reductions in carbon emissions.

Where Are Some Successful Cap-and-Trade Systems?

Here are a few examples of successful cap-and-trade programs around the world.

Establishing this mini economy of carbon-credit trading creates an incentive for companies to reduce their carbon emissions, so they can cut their operational costs. Though companies may also be interested in working to reduce the effects of climate change, the immediate effect of reducing emissions under the cap-and-trade system is to benefit a company's bottom line.

The direct goal of companies using carbon credits is not to reduce greenhouse emissions or support sustainable energy projects. The objective, instead, is to be able to participate in a regulated market that encourages reduced greenhouse gas emissions by making excessive carbon emissions more expensive.

A heating oil company such as Harmony Fuels might offer a carbon offset program. Through the program, customers do not receive sustainable fuels directly. They still buy and receive fossil fuels like heating oil and propane. But when customers purchase a specific amount of fuel, the heating company then buys the corresponding number of carbon offsets from a sustainable-energy program.

What Types of Sustainable Energy Do Carbon Offsets Support?

Each certified carbon offset project must pass stringent requirements to prove it is a legitimate project working toward sustainable energy or other tangible carbon reduction. It's possible to buy or trade these carbon offset projects anywhere in the world, and customers can be sure they are participating in projects that have a genuine impact on helping create more sustainable energy usage and a greener planet.

Carbon offsets effectively make a consumer's energy consumption carbon-neutral because for each discrete quantity of emissions they produce, consumers are paying to reduce the same emissions elsewhere. The production of sustainable fuels does not negate the use of fossil fuels, but carbon offsets can reduce the net effect of a person's emissions to zero.

Heating and fuel companies are not the only ones making use of carbon offsets. Online carbon offset companies allow individual consumers to calculate the carbon footprint of their everyday activities — like driving to work or school — then pay to offset that carbon usage.

When you travel by air, you can even buy carbon offsets to offset your plane's carbon dioxide emissions. An average round-trip flight halfway across the country and back emits as much CO2 as many people do in a year. At this point, though, many airlines are buying the carbon offsets themselves. By 2021, under a UN agreement, airlines that offer international flights will pay to offset the extra carbon those flights emit.

Which One Should You Buy — Carbon Offsets or Carbon Credits?

If you're interested in carbon emissions reduction, should you buy a carbon offset or credit? Which one works best for the average consumer, and how can you get the most benefit for your buck?

Carbon-trading programs also exist because companies that do business in certain countries are legally required to participate in them. However, the companies that offer them do not necessarily have a genuine interest in supporting sustainable energy goals.

Carbon offsets, on the other hand, are because an energy company wants to invest in sustainable energy solutions to climate change and contribute to a greener future for our planet. So buying carbon offsets allow environmentally minded consumers to align themselves with companies and projects that share their values. A carbon offset program is often also more affordable because carbon offset projects generally target less expensive emissions reduction plans. 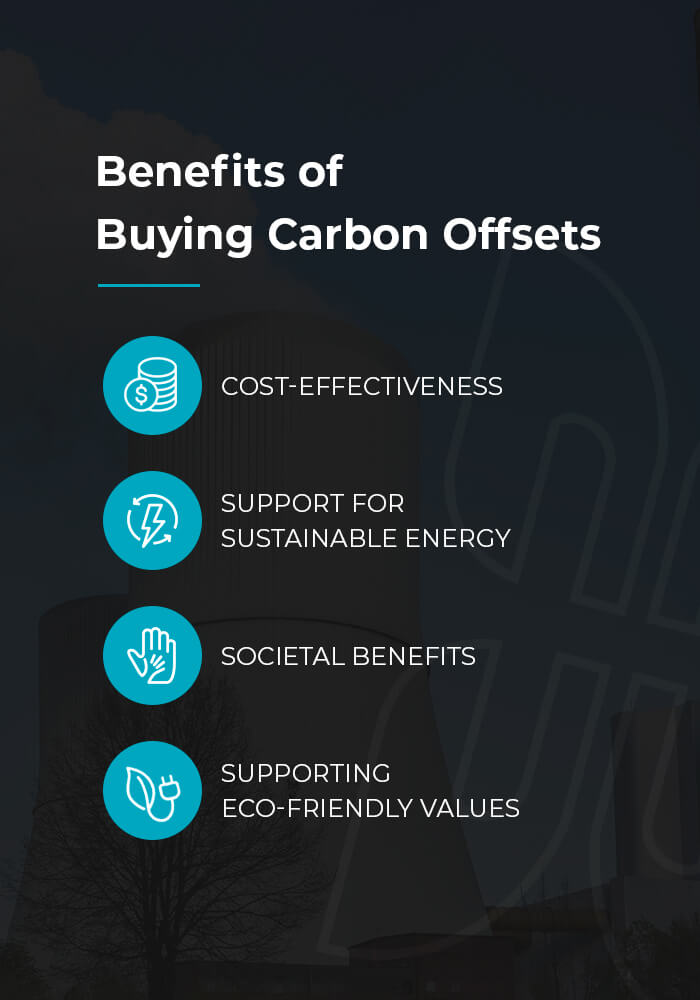 Buying carbon offsets also has the benefit of supporting the customer's choice of energy project. Some of the projects carbon offsets typically support include these.

Harmony Fuels is a brand-new service that allows customers to take action to offset their carbon use. For every gallon of heating oil or propane customers purchase through us, we buy the corresponding number of carbon offsets from a sustainable energy project.

Our customers can choose the carbon offset program that best fits with their interests and budget, from solar projects to wind projects to landfill methane recapture. All our carbon offsets go through certified sustainable energy projects, so customers can be sure their fuel dollars go directly toward reducing carbon emissions somewhere in the world.

We need people around the globe to take action on climate change, and every little bit helps. Participating in a carbon offset program lets you feel good about the energy choices you are making. It also helps us all work toward preserving a beautiful and habitable planet for generations to come.

To learn more about Harmony Fuels' programs, contact us today.